First and foremost, we are a family-owned and operated business and have been since 1968. We are fortunate to have several of our employees and managers who have over 30 years of working at Disco.

G & G Machine Works started as a oil field fishing service in 1946, shortly after Aubrey Green returned home from WW2.  Disco was the primary shop for drilling rigs and production companies to count on in Borger and Pampa, Texas.  Years later, drilling slowed down and the compression started.  And that’s been a primary part of our business.  In the early 1990s, rotary screw compressors were introduced into the Kansas gas fields, and we’ve been pioneering the rebuild process ever since then.

We have simply made it a point to evolve and change with the energy and industrial industries as they so naturally do.  We now have a large part of our repair business coming from beef processing plants, which we started doing in the early 2000s.  Again, an opportunity presented itself and we were willing to give it a shot. 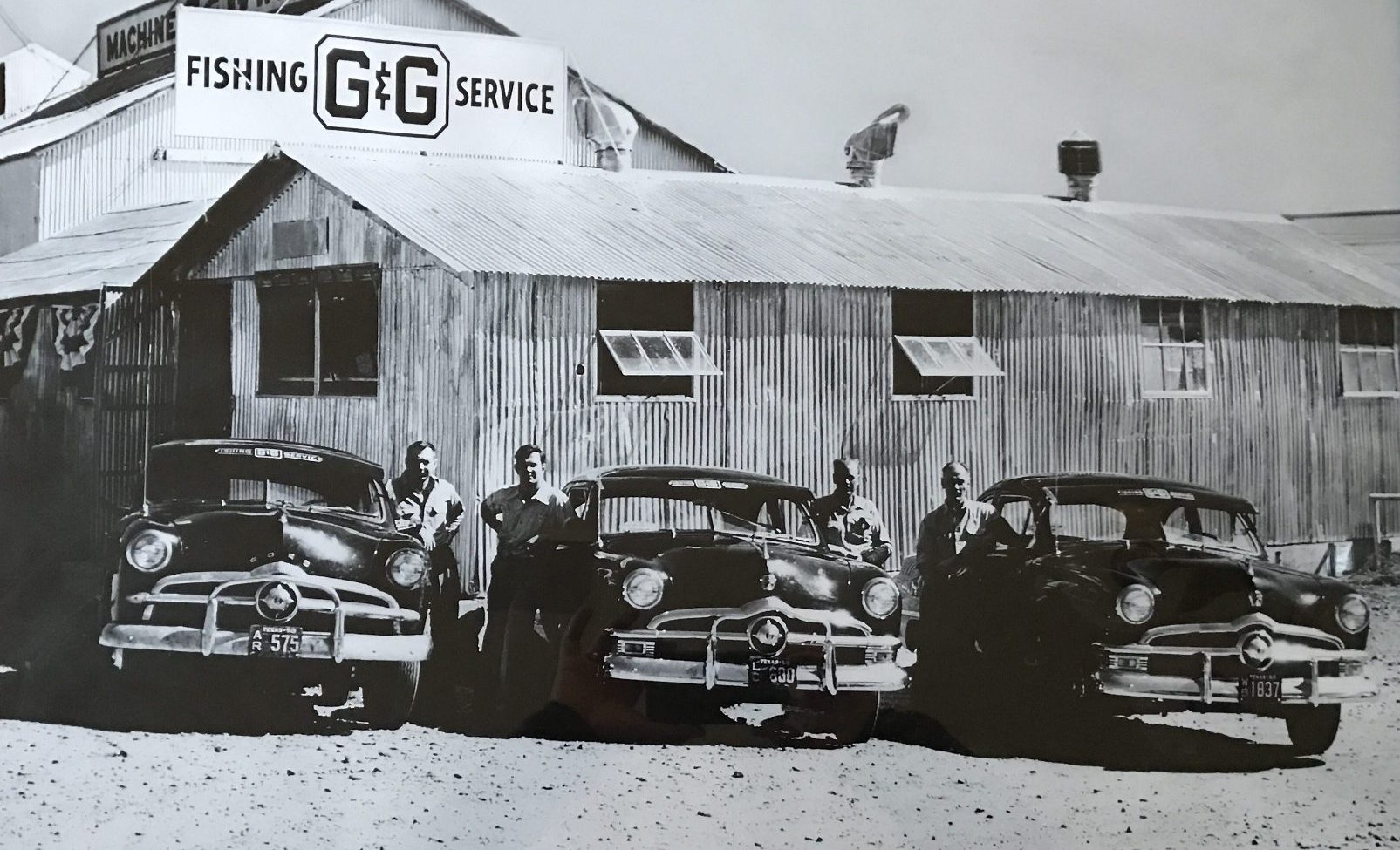 To the left is a picture of what Disco would eventually become. Aubrey Green, the founder of Disco is second from the left.  His father Dugan Green is on the far right. This photo was taken on June 1, 1950 in Borger, Texas.

The above video is an overview with second generation owner and President, Mike Haning

We are committed to the art of making things happen.  We work for almost every industy imaginable –

We would love nothing more than the opportunity to work for you.  Please contact us in whatever form is easiest for you.

services that we offer

Compressor pistons are able to be rebuilt and manufactured from castings or solid stock and they can be built to any standard specifications or built for your specific requirements.  We metalize pistons of all manufactures.

We can use a HVOF tungsten carbide process to coat compressor rods.  This process is adds many years of life to a piston rod.

All compressor cylinder component parts including connecting rods, frames, compressor valves, packing and wiper cases, crossheads, etc.  Manufacturing and reconditioning parts with a tungsten carbide coating using the HVOF process, which helps to prevent wear and give parts a much longer life.

Screw compressors can be can be reconditioned to OEM specifications. Because we are a machine shop first, we are uniquely qualified to repair rotary screw compressors.

Our trained technicians can rebuild anything